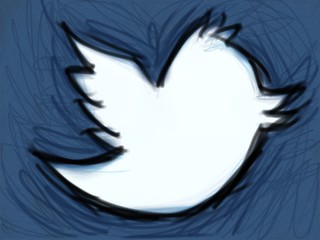 What’s the worst fate that could ever befall your company’s Twitter account? High on the list would be a scenario like this one: One of your followers reads a few of your tweets one day and asks himself, “Uh… why am I following this company again?” He unfollows. More and more of your followers start to do likewise.

Obviously, you never want the value of your corporate Twitter account to be questioned—because if there’s a question as to its value, there’s likely to be an exodus of followers. That’s why it is so important to make your Twitter followers feel special; to give them something exclusive; to make it clear to them that your Twitter feed is offering them value that they just won’t find anywhere else.

Automation is a wonderful thing, but some companies take it too far. They either schedule their Twitter posts to automatically populate to Facebook, or—in a few rare cases—they do vice versa. Cross-pollinating your social media posts has its advantages, but if your Facebook and Twitter accounts are identical then there is no real reason for anyone to follow both. Use an editorial calendar to mix things up: Make sure you’re not scheduling the same content to post on Twitter and on Facebook on the same day, and work in a few posts that are truly exclusive to your Twitter feed.

When you really want to make your Twitter followers feel like they’re in on something special and beneficial, try offering them something that you’re not offering to anyone else. Twitter-specific promos can be great for showing your followers that you care about them in a special way—a way that’s not extended to, say, your blog readers or the people on your company newsletter list. A Twitter promo can come in many different forms, too: Give a promo code (TWEET, maybe) that can be mentioned in exchange for free shipping or 10 percent off the next order; you can even make it time-restricted, maybe good only for the next two hours, which will reward those who are truly involved with your Twitter account.

Go Behind the Scenes

If you’re not ready to give something away, don’t worry: There are plenty of other ways in which you can give your Twitter followers something special, while also making your company likable and relatable, in the process. Maybe go behind the scenes, offering up a picture or a video of your team members or of something that happens behind closed doors at your business. Provide your Twitter followers with something they won’t find on your company website or in your blog.

Finally, don’t neglect hashtags as invaluable tools for building a Twitter community. Hashtags aren’t just Twitter phenomena anymore, but you can still use them to cultivate connections with your Twitter followers. Create a special hashtag for your followers to share testimonials, or to ask you questions about your company in an online Q&A.

On Twitter, exclusivity is a precious commodity—and when you deploy it strategically, you can make sure your followers never forget the value in following your tweets!