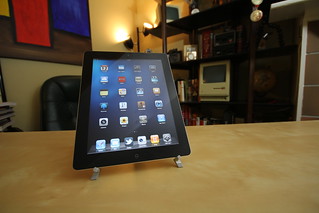 iPads burst on the scene and were a major disruption to the PC market right from the start. 9 years later, sales of iPads may have slowed a bit, but they are no less useful and still play a major role in our daily routines.

Here is a comprehensive list of the iPad facts and statistics that you need to know. This is an offshoot of my original Apple stat post that was becoming unmanageable with the amount of stats that had been added to it. I hope you find this data helpful.

Percentage of tablets sold in 2019 that were iPads:

Percentage of mobile web traffic from tablets that comes from iPads:

Number of iPads sold (all time):

2015 was the first year the iPad dropped in sales since its introduction.

Amount that charging your iPad costs:

iPad’s share of all streaming video starts from tablets:

Percentage of iPad shipments that are iPad Minis:

iPad’s share of the tablet market for the education sector:

Estimated amount it costs to build the iPad Air:

Percentage of tablets in China that are iPads: