Instagram users have already begun to see promoted photos since the social media site announced its incorporation of ads a few weeks ago. Facebook bought Instagram in 2012 and made this decision to boost mobile revenue.

Since Instagram’s Facebook takeover, we’ve seen the quaint photo editor app emerge as a big player in the social media landscape, going head-to-head with Twitter on its offerings—both announced a new video component in 2013.

But in the past decade, we’ve seen Facebook find great success, but also make a few mistakes. Will advertising help Instagram or make users – and ultimately profits—flee?

Check out these three social media sites that tried to incorporate advertising, which quickly led to their demise.

Flickr
This photo sharing website continued to see its number of users increase throughout the years – until Yahoo bought it. Instead of strategically improving the site for users, Yahoo went straight for the money. They cut spending costs on innovation and tried to earn profit by placing ads on the website – which might not have been a major issue if Instagram wasn’t rising in popularity at the time.

Flickr had ads; Instagram remained ad-free. Instagram focused on novelty, joining the world of mobile apps; Flickr missed out. Don’t put the blame on Instagram, though. As Gizmodo puts it, “Because Flickr wasn’t as profitable as some of the other bigger properties, like Yahoo Mail or Yahoo Sports, it wasn’t given the resources that were dedicated to other products.”

Therefore, resources were spent on the basics – not innovation. This made it difficult to both keep users and bring in new ones, leading to little profits. Without much profit, Flickr wouldn’t get the necessary resources from Yahoo – see the full circle?

Digg
With the tagline, “what the Internet is talking about right now,” Digg has an almost infinite amount of stories, videos and pictures for users. At its peak, more than 40 million unique visitors came to the website each month – until the website tried to monetize.

Digg plastered each page with ads, but Mashable reported that “over half the users don’t actually view the ads and the ones that are able to see ads aren’t clicking on them because the ads just aren’t relevant to them.” If users can’t see ads or don’t take action upon seeing them, it’s going to be nearly impossible to sell these spots, and ultimately profits can’t be made.

Digg learned from its own mistakes and now has revamped with no ads on the website. The website claims to be focused on simplicity – a key characteristic to beat competitors like Reddit. Unfortunately, it could be too little, too late.

MySpace
If you go back just about 10 years ago, you’ll be reminded of the MySpace days. Most young adults and teenagers had an account on the site and, at its peak, there were more than 100 million users worldwide. Very few had heard of Facebook, which currently has more than one billion users.

MySpace was committed to doing what any company is meant to do – make money. But this ultimately led to the site’s ruin. Ads began to be displayed on MySpace, but most users simply did not click on them. This made it difficult to sell ads.

According to an infographic by MyLife, MySpace put “too much effort on developing an advertising platform and not enough on developing a social platform.” As the social media site forgot to innovate for a better experience, users slipped away onto the newer, cleaner social media website – Facebook. Once again, a full circle – traffic had decreased significantly, making it even more difficult to sell ads. 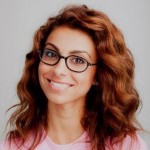 Alexis Caffrey is a freelance writer with a focus on technology, new media, and design. In a former life she was a graphic designer based out of New York, NY. She actively (some would say obsessively) follows entertainment news and pop culture.

Alexis Caffrey is a freelance writer with a focus on technology, new media, and design. In a former life she was a graphic designer based out of New York, NY. She actively (some would say obsessively) follows entertainment news and pop culture.