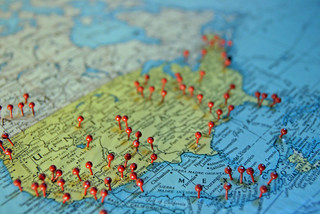 It’s understood that, due to the advent of the Internet and social media thereafter, face-to-face communication is a less common endeavor. While it’s easy to become comfortable with something like text messaging, though, sometimes the desire to actually see a friend or family member is stronger than any kind of digital means. Enter Nearby Friends, which is the latest feature integrated by Facebook in order for users to see where their friends are.

My question is this: “Is Facebook’s Nearby Friends for the best?”

For those who do not know, Nearby Friends is a feature that Facebook has recently integrated. Basically, you will be able to see where your Facebook friends are in real-time and they will be able to do the same to you. On the surface, it’s a handy asset. After all, instead of having to limit oneself to the Internet in order to exchange a conversation with someone, it would be easier to meet up with that person at a local coffee shop than it probably would have been otherwise.

With this in mind, why should there be concerns about this feature?

One of the most important reasons – and I am sure that any online marketing firm will be able to agree – is that Facebook users tend to add people they don’t really know. Yes, a friend invite might have quite a few mutual friends to speak of but this doesn’t mean that this individual is someone who you would want to necessarily shoot the breeze with. You would most likely want to opt out of Nearby Friends if you have this concern. After all, not everyone is comfortable with sharing this kind of information with everyone on Facebook.

Speaking of sharing information, it was also detailed that Facebook plans to share data with advertisers, which I can see a number of users responding negatively to. If there is one thing that anyone – regardless of whether they are Internet-savvy or not – cannot stand, it is the idea of being bombarded with one advertisement after another. One can make the argument that the ads in question would be better tailored to the interests of Facebook users, which is fair enough. However, another argument can be made against this: should advertisers have access to information along the lines of one’s location?

The idea of data sharing was what left me hesitant to accept the idea of Nearby Friends. I know that there is value to be seen with this feature, especially to Facebook users who are extremely careful about the people they communicate with over the social networking website. After all, wouldn’t they want to meet up with friends as easily as possible? It’s early to say if Nearby Friends will be a hit but it’s important to remain cautious nonetheless.

Are you set to utilize Facebook’s Nearby Friends? If you have already done so, what is your take on it? Please offer your thoughts below!