Facebook marketers have always been torn on the Like feature. While the Facebook like button has a few benefits, like making content more popular and more likely to be shared, and helping to add weight to Facebook’s algorithm (EdgeRank), it also has a few drawbacks. For example, begging for Likes and automated Liking measures really sullied the pool.

Now that Facebook has decided to change the Like feature by removing the thumb, though, many are fearful that their content will no longer be Liked.

Changing around the Like feature is just another in a long line of Facebook updates that nobody agreed to, yet are forced to live with. Like most other updates, the removed thumb will probably work out better in the long run. For right now, though, it’s just something else to get used to, stacked directly on top of the last thing you’ve had to get used to.

To be clear, the Like feature is still in place on Facebook. The change is the actual thumb. Instead of that thumbs up symbol we’ve all grown to love on the site, it’s now a blue button that says “Like” and that has Facebook’s “f” logo. It seems to be more of a branding change than a function change. After all, YouTube and other sites implemented the exact same Like system, with their little thumb icons.

The Share button has also changed, and is now standing in place of the previous Send button, which many thought was just too confusing to begin with.

These changes probably won’t affect anyone. Not having the thumb is doubtful to send anyone into a principle tizzy wherein they refuse to hit the new button. Though it does bring something to mind. If Facebook is so willing to roll out changes to systems which work well, what won’t they eventually change?

The Reason for the Change

Though logical deduction does lead one to believe that the thumb removal and the Like redesign is a branding ploy, Facebook claims that it’s actually about changing things around for the high-resolution screens practically everyone owns these days.

Instead of the blue letters and symbols on a white backdrop, the new Like feature is composed of white letters and a white logo on a blue backdrop. Looking at it on an HD screen, it does have more “pop” to it.

At the current date, Facebook’s Like feature is showing up on over 7.5 million websites, which, in total, are viewed more than 22 billion times every single day. So while it might seem like a small change, the potential for a huge impact is there.

If—and though it’s a long shot, it’s still possible—people decide to revolt against the Like change, Facebook will definitely feel the sting. 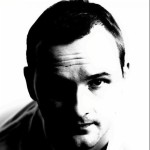 Simon Campbell, a writer from a facebook ad campaign tool – Qwaya. He loves to write different topics about social media and participates in some communities and forums.

Simon Campbell, a writer from a facebook ad campaign tool – Qwaya. He loves to write different topics about social media and participates in some communities and forums.