DMR » Uncategorized » 3 Ways the iPhone 6 Can Be Better 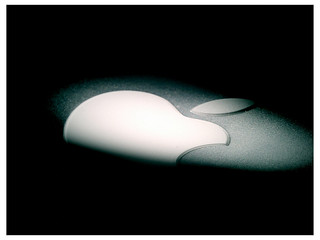 When discussing tech, in general, it’s easy to assume that the iPhone will be brought to the forefront. It is arguably the most notable smartphone in the world and its various features help to make it more akin to a handheld computer than a simple communications device. With this in mind, it’s likely that many people are going to clamor for the iPhone 6. Fortunately, for Apple enthusiasts, its release date may be sooner than most would think.

Instead of being unveiled in September, as previously reported, it’s been rumored that Apple will showcase the iPhone 6 in August before releasing it during the same month. This is big news, to put it mildly, but Apple is in a position where it should maximize the benefits of the iPhone 6. What is it about the past iPhone models that Apple can stand to get right, provided the rumors of the device’s August release come into fruition?

Here are 3 ways that Apple can make the iPhone 6 a stronger improvement over its predecessors.

Let’s be honest: the battery on the iPhone 5 is not the most reliable. One can chalk this up to the amount of apps utilized and while they are demanding in their own rights, it’s hard to shake the feeling that Apple could have included a stronger battery with its device. While iPhone owners can invest in a portable charger or a battery case that powers and holds the smartphone in question, Apple should make it a point to cut out the middleman. If Apple wants to truly emphasize the proposition offered by the iPhone 6, it needs to have a battery that won’t have Apple fans hesitant to make the purchase on day one.

While on the topic of iPhone 6 news, it was previously predicted that the next installment in the line of iPhones would stick with an 8 megapixel camera. It’s important to note, though, that megapixels do not necessary equate to quality in the long-term. In the best case scenario, Apple can include features that their fans would like, which I’m sure that any online marketing firm could attest to. For example, what if the camera function boasted less blurring while in motion? What about better automatic adjustments to the lighting in any room? These are just a few aspects that Apple could cover.

Stop me if you’ve heard this before: without a case to protect it, you drop your iPhone on a hard surface and it lands face down. You take a deep breath, expecting the worse, and you pick your iPhone up to be met with a crack on the screen. It’s fair to say that the iPhone’s durability is spotty and that a greater level of work put forth by Apple’s technologically sound team could result in a stronger build for iPhone 6. This doesn’t have to be limited to physical force, either. What if you forget to empty your pants where your phone is and, as a result, the device is caught in the wash? Moving forward, it would benefit the iPhone 6 to be double or even triple-tough.